Fifth grades students study the US Revolutionary War and the Declaration of Independence. There are two parts to activity.

Title: Declaration of Independence
Grade Level: 5
Content Area: Social Studies
Standards: This activity is aligned with the district's social studies curriculum for grade 5 which introduces students to the US Revolutionary War and the creation of the Declaration of Independence.It is also aligned with Common Core State Standards:
Duration: This activity will require three class periods.

Student Resources:
Activity: Students will read three primary sources from the revolutionary era to better understand the language and development of the Declaration of Independence.

Students will discuss the following after reading each document:

After the three primary sources are read and discussed separately, the groups will discuss common themes among the three sources, and explain the impact each document made on the creation of the others.

Finally, students will read the Declaration of Independence as a culminating class activity and discuss the following questions:

Rights of the Colonists: November 20, 1772 Written by Samuel Adams, this document is an explanation of the rights that colonists should be granted by England as faithful Christians and subjects.
Olive Branch Petition: July 5, 1775 The Continental Congress's final attempt to avoid war Great Britain. The King of England refused to receive this document. 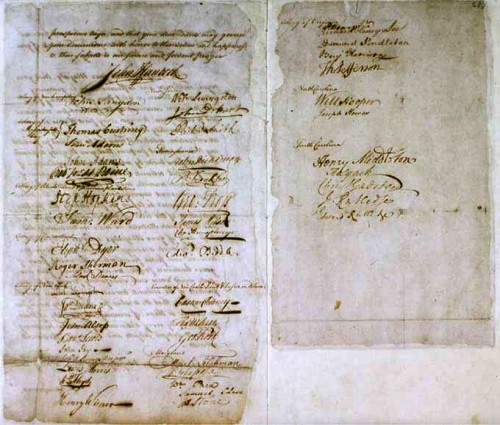 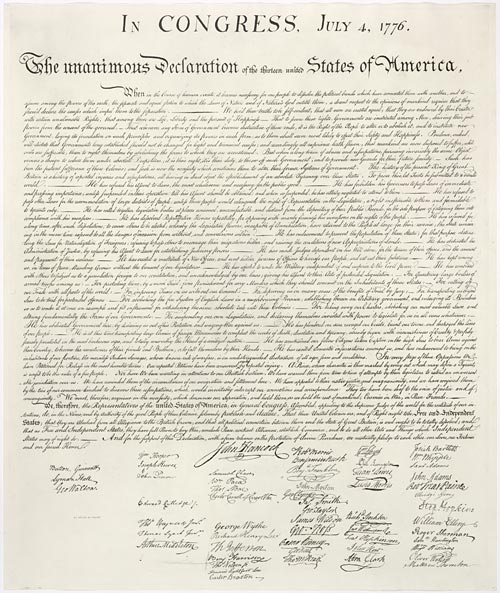 The Midnight Ride of Paul Revere

While Paul Revere is well know for his midnight ride alerting colonists to the impending British attack, there were two other riders that accompanied him, but seem to get forgotten in history. Use the Google map activity below and this animated version of his ride to explore Paul Revere's ride and other critical events leading to the Revolutionary War.

Listen, my children, and you shall hear
Of the midnight ride of Paul Revere,
On the eighteenth of April, in Seventy-five;
Hardly a man is now alive
Who remembers that famous day and year.

He said to his friend, "If the British march
By land or sea from the town to-night,
Hang a lantern aloft in the belfry arch
Of the North Church tower as a signal light,
One, if by land, and two, if by sea;
And I on the opposite shore will be,
Ready to ride and spread the alarm
Through every Middlesex village and farm,
For the country folk to be up and to arm.

Title: Midnight Ride of Paul Revere
Grade Level: 5
Content Area: Social Studies
Standards: This activity is aligned with the district's social studies curriculum for grade 5 which introduces students to the US Revolutionary War.